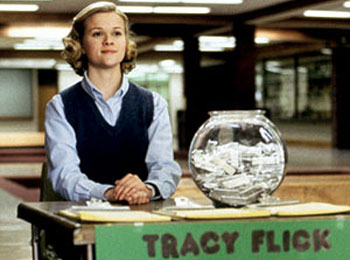 This is quite possibly one of the sharpest political satires in recent film history. When overachieving student, Tracy Flick, decides to run for class president, one of her teachers does everything in his power to put a stop to her. Reese Witherspoon and Matthew Broderick play the two respective parts, and they are both phenomenal, especially the former. Witherspoon’s performance will stand the test of time, as she portrays a character so evil and manipulative, she could give Louise Fletcher‘s ‘Nurse Ratched’ a run for her money. Sharply written and impeccably performed, “Election” continues to be inexplicably overlooked as one of the great films of the 90s.