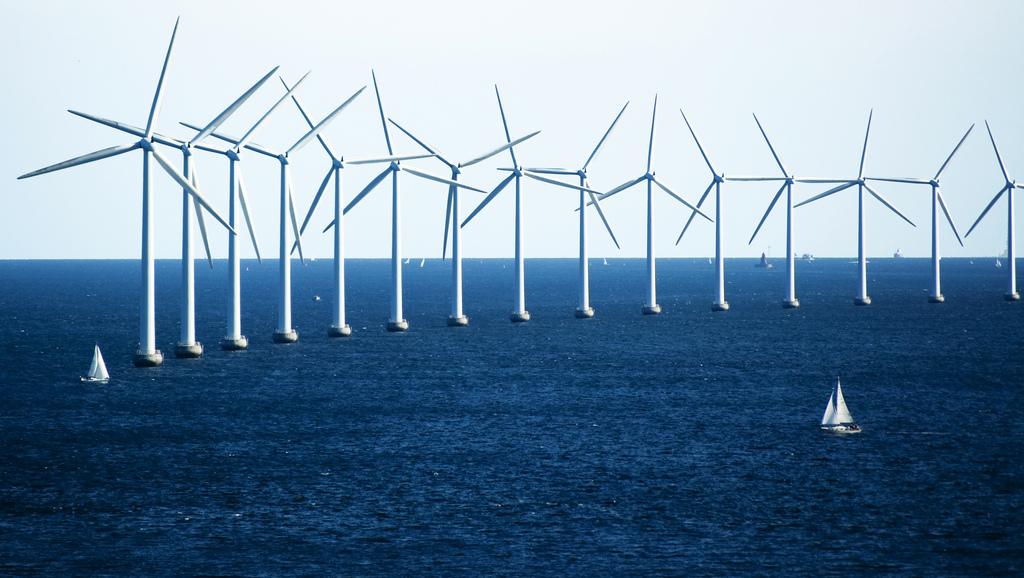 When people think of the apocalypse, they think of zombies.

We’ve all heard it before, “the greenhouse effect,” “melted ice caps” and even “too much carbon dioxide in the atmosphere will cause the sun to burst through and kill us all.”

It turns out, according to Oceanographer Ralph Keeling, that’s not too far off; the world is ending, and humans are the cause of it.

“Climate change [is] kind of a benchmark for showing how things are progressing, and not in a good way,” Said Keeling.

“We’re watching the burning of fossil fuels build up, so we have tabs on a certain kind of bottom line. From our standpoint, it’s piling up, and we need people to understand that.”

Keeling said that though the situation won’t affect us for a long time, the world is slowly overflowing with too much carbon dioxide, and there’s not much we can do to better it.

“We are slowly permanently changing things, and the Co2 levels are, strictly speaking, controllable by people. It’s not suddenly going to change: It’s more [of a] psychological change than it is physical. With the help of everyone, we could bring it down,” Keeling said.

The ways Keeling proposes we bring the levels down are small in number but significant.

Climate change [is] kind of a benchmark for showing how things are progressing, and not in a good way”

“We need to control the rise [of Co2] and require different ways of powering our society. The problem is a result of people doing ordinary things, and [it will be difficult] to change things in a big way.”

But the situation shouldn’t be dismissed as hopeless.

“On the other hand, change starts in individuals. It’s more raising awareness, and helping people.” He said.

Though the cliche has been said before, with the dawning of the Co2 milestone, it is even more important today.

“It’s like voting– people need to vote. Not because their vote is going to be the tipping point– it just helps things. There’s a civic duty in working together that changes things. So, at some point it gets into difficult politics. You [high school students] should at least be aware that there is a problem.”

Scientists often talk about global warming affecting the ice caps and unfortunately, they’re not lying. The ice caps used to melt naturally, with the weight of the Earth’s orbit. Since the Industrial Revolution, the atmosphere has absorbed massive amounts of carbon dioxide.

“By causing warming, the CO2 buildup is affecting the ice caps, but this is a slow process that will play out over centuries. The main impact will be on sea level rise. So far, sea levels have risen about one foot from [where they were] 100 years ago, which is significant, but in some ways not such a big deal yet. This means that the high and low tide marks are, on average, about one foot higher than [they were] in the past. […]

The melting of the ice sheets are only one of several factors which have caused the global rise. More important factors have been the warming of the oceans, which causes water to expand so the oceans occupy a somewhat larger volume, and the melting of smaller glaciers around the world.”

If the CO2 levels continue to rise, the ice caps could melt and raise sea levels, which would cause an overwhelming amount of water to sweep onto the coastlines.

“But the major ice caps on Greenland and Antarctica will almost certainly be melting much faster in 100 years, as the climate has warmed more, and eventually this melting will likely become the main factor driving further sea level rises. By then, the sea level will have already risen several feet, and much bigger rises will be in store. Not a great time to own a home on the waterfront or to live in a coastal floodplain.”

Bees are on the endangered list, and consequently, people are a little nervous as to what this says about humans. Without bees to pollinate the flowers, people can’t eat certain things, and there’s a smaller amount of plants that release carbon dioxide into the air so that we may breathe. No, this is not a good thing– it has nothing to do with the overwhelming amount of CO2 in the atmosphere.

“I don’t know much about bees, and I expect that humans can survive without bees, even if this is hard. In any case it’s probably not appropriate to view climate change as a threat to human existence. Humans are tough, and will survive– or at least some will.  The challenge will be to adapt. What’s at stake is the well-being that underpins our civilization. Climate change is only one of many factors that will challenge us in the future, but it is one to take seriously. For now, a major need is to incorporate the risks into long-range planning on many fronts, such as water, energy, coastal and urban planning, etc. Another need is to cut emissions of greenhouse gases to reduce the severity of impacts in the future.”

Despite the possibility of the end of the world, there are some skeptics. Strong believers of global warming and the fall of the human race typically stand in parks and protest against the usage of gasoline and cell phones.

That’s not really the style of a typical high school student, though.

“It’s not easy to confront people, and they’re mostly not paying attention. In my own way, I try to call attention to things I’m working on, and that we’re building all the fossil fuel and burning the atmosphere. And you have to realize that this is changing the climate. We are really changing it. Scientists have only so much influence. Other voices are needed.”