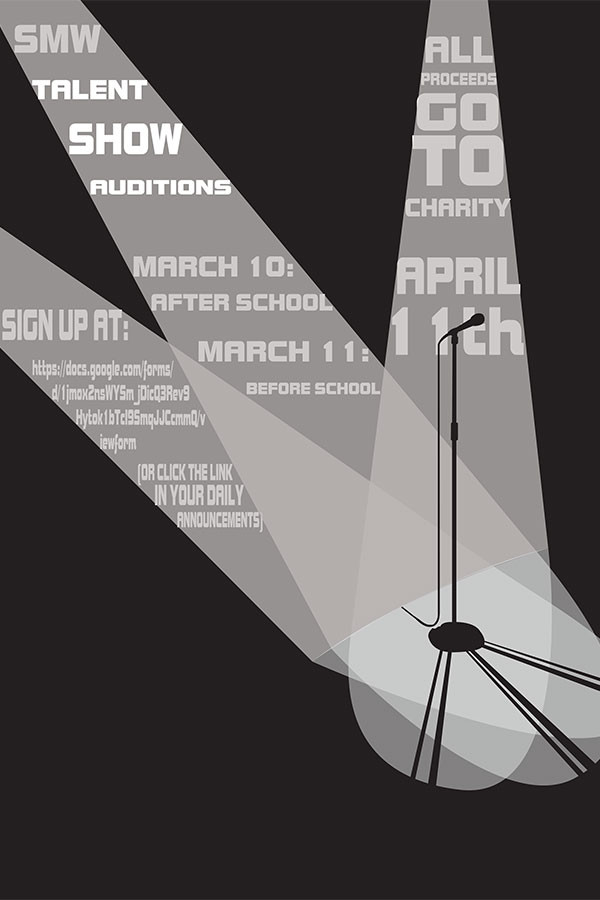 NHS is hosting their second annual talent show on Saturday, April 11th. Tryouts will be held in the Little Theater on March 10th after school and the 11th before school.

Last year’s event had around 16 acts, and this year organizers increased publicity in hopes of gaining more participation and more attendance.

“We hope to get at least 25 acts and a huge crowd to raise as much money as possible,” NHS president Tori Thomas said.

“I think it’s nice that we did Wounded Warrior because it’s something we’ve never donated to before,” NHS secretary Katherine Riedel said. “I think it will be nice for people to find out more about this charity.”

Tickets for the event will be sold by all NHS members and also at the door. They will be $5 in advance and $7 at the door.