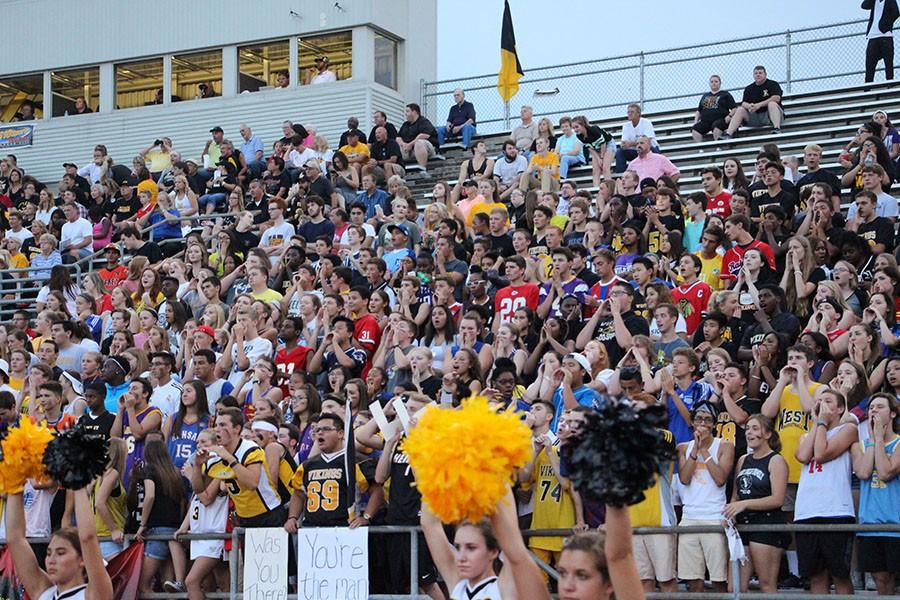 It’s safe to assume that the state of last years student section was in flux. There was no presence of leadership among the seniors, not to mention the juniors would outshine them on multiple occasions. Half the time, no one knew what chants to do and there was no sense of organization. Ever.

Rather than try uplift and inspire their fellow classmates, several of last years senior “leaders” decided to pick fights with opposing schools students and even our own administration. These battles were constant and really took away from the fun that high school sports are supposed to be.

This year, those humble juniors who’ve waited their turn for the last four years, have finally been given their chance. And oh baby, what a revelation they have been. The camaraderie that these new leaders have amongst themselves and the rest of the classes is unlike anything this school has seen in years. They come to be loud, and they come to have fun.

The first game of the football season this year took our Vikings all the way to Lawrence, Kansas, for a duel with the Lawrence Free State Firebirds. An impressive amount of students showed out, despite a cool 45-minute drive to the away stadium. When the win was cemented at the end of the game, the crowd celebrated by rushing the field, embracing one another with congratulations, and aspirations of a state title come November.

The next game was another tough one against the Olathe Northwest Ravens, a Thursday night game at our home stadium, Shawnee Mission South. The home fans responded with one of the largest and loudest student sections this school has seen in years-and on a Thursday night.

While the game was called off due to lightning before the start of the second half, it didn’t stop the students from coming out the very next day for the makeup game. Every game so far this year has brought its fair share of adversity, but it hasn’t stop our incredible student section from bringing the thunder, and proving just how important fans can be for their team.