Venturing Into “The Unknown” 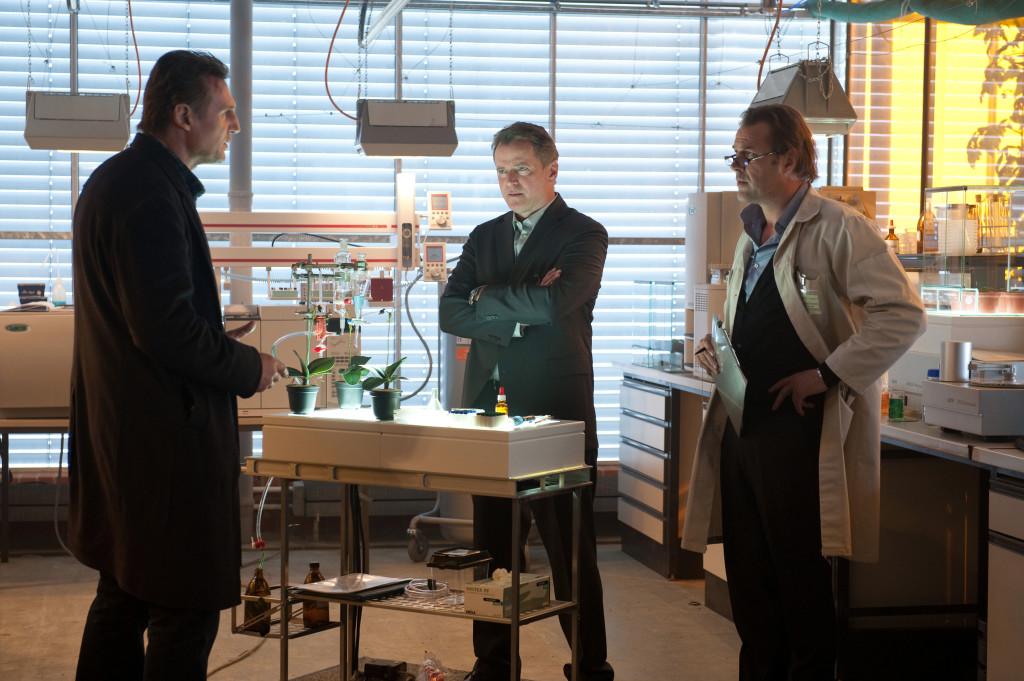 Liam Neeson’s (left) acting wasn’t quite as extraordinary as his role in “Taken.”

Action packed car chases, fist fights, guns, explosions and a hint of suspense- all of which come together to set up the predictable action movie. Throw in a four day coma, an illegal Bosnian immigrant and Liam Neeson and you’ve got “The Unknown.”

Also the director of The Orphan and House of Wax, Jaume Collet-Serra is known for directing a combination of thriller, mystery, horror and drama films. Although horror never comes into play in Unknown, the horrific lack of focus on the plot was a contributing factor for my slight dislike of the film.

The plot included an American couple visiting Berlin for a biotechnology conference where Dr. Martin Harris, played by Neeson, plans to make a presentation.

He realizes he has left his briefcase at the airport while his wife, played by January Jones (Mad Men), is checking into the hotel. Without explaining to his wife, he returns to the airport where he is involved in a severe car accident. Luckily Gina, the taxi driver, saves him by pulling him out of the car but he slips into a coma for four days. Dr. Harris returns to his hotel to find his wife which is when all of the confusion and madness begins. He is able to find his supposed wife but she insists that she has never seen him before. This is where we meet the other Dr. Martin Harris and we learn that the true Dr. Martin Harris’ identity has been stolen.

The remainder of the movie is prolonged as the true Dr. Martin Harris tries to prove his identity with the help of Gina, played by Diane Kruger (“National Treasure” and “Inglourious Basterds”), and other characters he has so carefully chosen to assist him.

Similar to his other movies, Collet-Serra tacks on an  unexpected twist to the end solely for the purpose of throwing everybody off. The twist, although interesting and jaw dropping, was less appreciated as the plot confusion baffled my understanding rather than ending with a clear cut finish. The writers of the film failed to realize that the bits and pieces of subtle irony may confuse the audience.

As an avid Liam Neeson fan, I had high expectations for his acting. Unfortunately my expectations were not met and his acting was sub-par to that in his 2008 film, “Taken.” Neeson’s acting, however, was undoubtedly superior to Kruger’s. I was unable to take her role seriously with her amateur Bosnian accent and her childish hairstyles.
Although I was not thoroughly impressed by this generic action film, I would recommend it to any one who enjoys an unpredictable twist. However, if you have any sense at all and don’t mind missing out on the movie theater experience, I would save a few bucks and wait until the movie comes out on DVD.
Delete Image
Align Left
Align Center
Align Right
Align Left
Align Center
Delete Heading