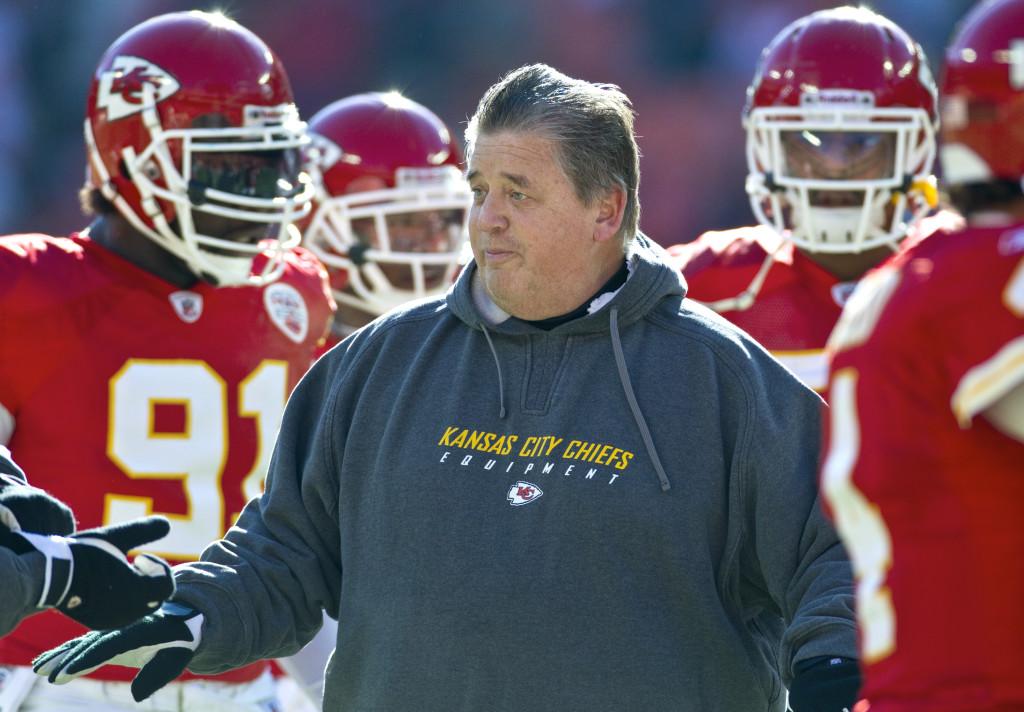 I think it’s clear Charlie Weis’ impending departure was a disturbance and affected this team’s mental outlook on things going to the playoffs. After the Ravens bludgeoning of the Chiefs, everyone was relieved to get Charlie Weis out of Kansas City and separate the two clashing egos of Weis and Todd Haley. I say this to Charlie Weis, thanks for making it all about your pompous self and thanks for cutting bait when you said it was a top priority to fix the quarterback. The worst part is that no one within the organization called him out on it- at least not yet.

Charlie Weis certainly has been a benefit for this team and has made the offense, most notably in the air a competent offense, but you have to separate when it detaches the chemistry and the mentality of the team. If you can recall when Charlie Weis when he had gall bladder surgery that everyone knew about and how heroic he was for waiting three days to have his surgery and how he constantly gripes about Haley receiving all the credit for the offensive overhaul?

Charlie Weis reported he was leaving when he didn’t have to, it was a giant “Eff-You” to Todd Haley, Scott Pioli and the entire team. He announced with the utmost arrogance looking to seek revenge on Todd Haley.

Listen, I have no problem with someone leaving one job for another. You do what you want, and what your current and future employer will allow you to do. The issue isn’t with Weis leaving it’s how he’s leaving. He didn’t address the media about exit, instead he let Todd Haley deflect question about what and how this transpired. Unquestionably he’s made an enormous impact, the fattest thing for him now is no longer his weight but it’s his ego and his thirst for the spotlight and attention.

A few weeks back there was an USA Today article that commended and acknowledged  Todd Haley in repairing and patching up Matt Cassel, and Todd Haley received a good chunk of the credit in the article and Weis didn’t. Reportedly Weis was infuriated that he received no credit whatsoever and threw a temper tantrum at the Chiefs office when he saw the article. Quite simply, the guy is an attention whore and this break-up was almost bound to happen. That’s never going to change with him.

I’m more angry with how the organization has played the media and handled the situation. They’re letting Weis dictate how they portray to the media. Todd Haley and Scott Pioli, captains of industry types are letting Weis throw them up against the wall. Pioli should’ve have NEVER let him interview for a job midseason and would’ve have to quit if he desired to. Todd Haley should’ve have immediately told him to start recruiting and that they’ll never even once think about talking in the future.

Charlie Weis represents exactly what the Chiefs don’t want in a secondary coach. Someone who thinks that they’re bigger than the team and that is unequivocally a fireable offense. They let one guy steal the focus from what they’ve done and simply wasn’t worth keeping around. Haley should’ve told him the media the truth and unfortunately he didn’t.

Haley sold the media some BS about how all of a sudden Charlie Weis wants to be a father and work with his son at Florida.  And how it’s bittersweet and this wasn’t a distraction at all, and other piles of nonsense.  It wasn’t a distraction?  Tell that to Matt Cassel who, after throwing five interceptions all season while maintaining a 90+ QB rating, threw two interceptions for a Ryan Leaf-esque 19 QB rating.  Tell that to the offensive linemen who looked like it was 2008 all over again.  Tell it to anyone that watched the game, and see if they believe it.

So, good luck, Charlie.  I’m sure you’ll do well.  You always do.  I just hope we can say the same for the team you leave in your wake.

Chaz Weis hijacked the season to better himself and to make a point, and that’s thoroughly reprehensible.